Bank Mandiri as the largest financial institution in Indonesia, is committed to being attentive, proactive and innovative in delivering the financial solutions to every customer. The Bank offers a broad range of banking products and services to its customers ranging from individuals and small and medium-sized enterprises (SMEs) to large corporations and Government entities.

Bank Mandiri was established and acquired ownership of the share capital of four state-owned banks on October 2, 1998. The four state-owned banks legally merged on July 31, 1999 and Bank Mandiri commenced commercial operations in August 1999. The Bank serves million of customers, which makes it, based on number of customers, one of the largest retail banks in Indonesia.

Customers also have access to their accounts through the Bank’s network of ATMs in Indonesia through arrangements with Indonesia’s other state-owned banks via the LINK network. Bank Mandiri has one of the largest foreign exchange networks in Indonesia with five overseas branch offices, one subsidiary and seven remittance offices.

Bank Mandiri, Singapore Branch is one of the Bank’s five overseas branches. Besides Singapore, the Bank also has branches in Cayman Islands, Dili (Timor Leste), Hong Kong, Shanghai; a subsidiary in London and two subsidiaries in Singapore; two remittance offices in Hong Kong and five in Malaysia. The Singapore branch operates under the wholesale banking licence granted by the Monetary Authority of Singapore since 1st January 2018. 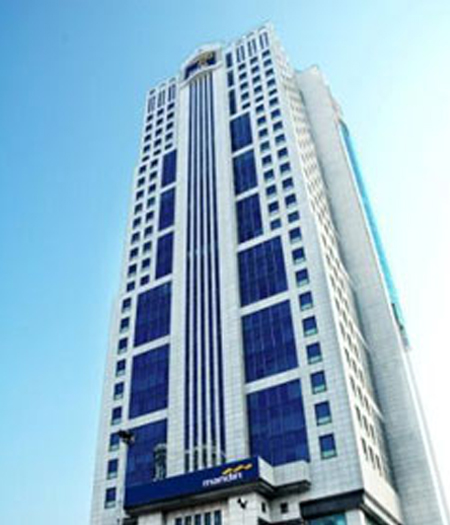 To Be Indonesia’s Most Admired & Progressive Financial Institution